”The exercise prescription the doctor prescribed to me is very useful. The weather has been relatively hot recently and I don’t want to go out. I just follow the movements in the pictures at home to exercise. The movements are relatively simple. After the exercise, people feel more comfortable and blood pressure is normal.” I live in Anhui. Ms. Chen, a hypertensive patient in the Lakeside Community of Bengbu City, excitedly told the reporter of Science and Technology Daily that she has often exercised under the guidance of the community’s “intelligent exercise intervention system” in the past two years, which has made her suffering from high blood pressure effective for many years. Controlling, I feel my spirit is getting more and more prosperous.

”Reasonable exercise is the’good medicine’ for the prevention and control of chronic diseases, and is known as the most cost-effective’prescription’.” Dr. Sun Ting from the Institute of Intelligence, Hefei Institute of Material Science, Chinese Academy of Sciences told reporters that there is a serious shortage of grassroots sports rehabilitation physicians and lack of exercise intervention in China. Issues such as implementation standards and unclear implementation paths for the integration of sports and medicine have made it difficult to promote sports prescriptions at the grassroots level.

”We have developed an intelligent sports intervention system based on a cloud platform, and jointly conducted application demonstrations in Bengbu Dongfeng and Hubin communities with Bengbu Medical College, and created an application model of medical-industry integration and research-study-use collaboration.” Sun Ting said. The model effectively solves the problems faced by the large-scale application of exercise prescriptions at the grassroots level, significantly improves the amount of exercise of the middle-aged and elderly people, and significantly improves the health of the middle-aged and elderly people.

Sun Ting told reporters that reasonable exercise is an important way for people of all ages to maintain their health and prevent and control chronic diseases. “Exercise prescription” is a prescription issued by a doctor including the type, intensity, time, and frequency of exercise based on the patient’s individualized health conditions, including disease state, physical activity level, etc. “Promoting exercise prescriptions and giving play to the active role of physical exercise in the prevention and control of chronic diseases are important elements of the Healthy China strategy.” Sun Ting said.

Scientific research results are implemented in the community

”In the process of designing the intelligent exercise intervention system, scientific researchers have made a lot of innovations in response to our community scenarios.” Sun Ting told reporters that most of the exercise risk assessments currently widely used in China are based on the pre-exercise health pre-exercise developed by the American Academy of Sports Medicine. Screening guidelines are based on a relatively high level of complexity. Exercise stress test, medical referral and medical approval, medical supervision during exercise, etc., are not operable at the grassroots level in China, which greatly restricts the people who need to exercise most. The benefited middle-aged and elderly patients with chronic diseases participate in sports.

In view of the unruly situation of community sports intervention and uneven service quality, the research team systematically summarized the successful experience and effective practices of sports intervention, and formulated the “Technical Standards for Sports Promotion Health Services” and “Integration of Sports and Health”. “Health Promotion Service Standards” and other Anhui provincial standards, drafted the “General Technical Requirements for Exercise Prescriptions.”

”According to the individual’s fitness habits, disease and health status, the system can provide progressive intervention strategies such as exercise awareness training, exercise habit cultivation, scientific fitness, and fitness habit maintenance. At the same time, the system also targets high cardiovascular risks without absolute contraindications to exercise. Elderly people, provide health care and exercise packages.” Sun Ting told reporters that after the successful development of the system, a three-year demonstration application was carried out in Dongfeng and Hubin communities in Bengbu City. In 2020 alone, 1770 exercise prescriptions will be issued.

Statistics show that 86.3% of the residents in the scientific fitness group can continue to exercise according to the exercise prescription, the number of steps increased by 3284 steps per day on the days with exercise plan, the average exercise intensity increased by more than 2 levels of subjective fatigue, and the total amount of exercise was also significant Increased; the elderly in the health care group also generally improved their exercise awareness. 64.8% of the elderly have established exercise habits and increased their exercise volume by 54%—196%. The systolic blood pressure decreased by 7.69mmHg and the diastolic blood pressure decreased by 5.10mmHg, reflecting the heart supply capacity of the heart. The subendometrial myocardial vitality rate, body fat rate reflecting obesity, and 6-minute walking distance reflecting exercise capacity were all improved.

Collaborative innovation for research and learning

Sun Ting told reporters that in the process of project demonstration, the project team worked with the neighborhood and community health service centers to find a feasible cooperation model of “medical-industrial integration, research and learning collaboration”: that is, the Hefei Research Institute of the Chinese Academy of Sciences provides scientific and technological support. Bengbu Medical College sent graduate students from the School of Nursing to participate in the on-site service. Dongfeng Community included the exercise intervention service in the contracted service package of general practitioners and family doctors, and focused on recommending the elderly who lack exercise awareness and exercise habits. The lakeside community was in residents. The VIP Health Service Center has carried out a pilot application, focusing on recommendations for potential hypertension, diabetes and other people.

Xie Hui, dean of the School of Nursing of Bengbu Medical College, told reporters that in regular classroom teaching, students are passively accepting health and nursing knowledge. Now graduate students go to the front line and face various health problems and health demands of residents. They serve during the day. , I checked the information at night, and my knowledge improved very quickly. At the same time, I also realized and practiced the Nightingale spirit of “using my own love, patience, care and responsibility to treat every patient well” in practice. 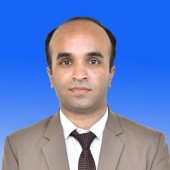 Get Amazing Discounts on Fully Automatic Washing Machines in India